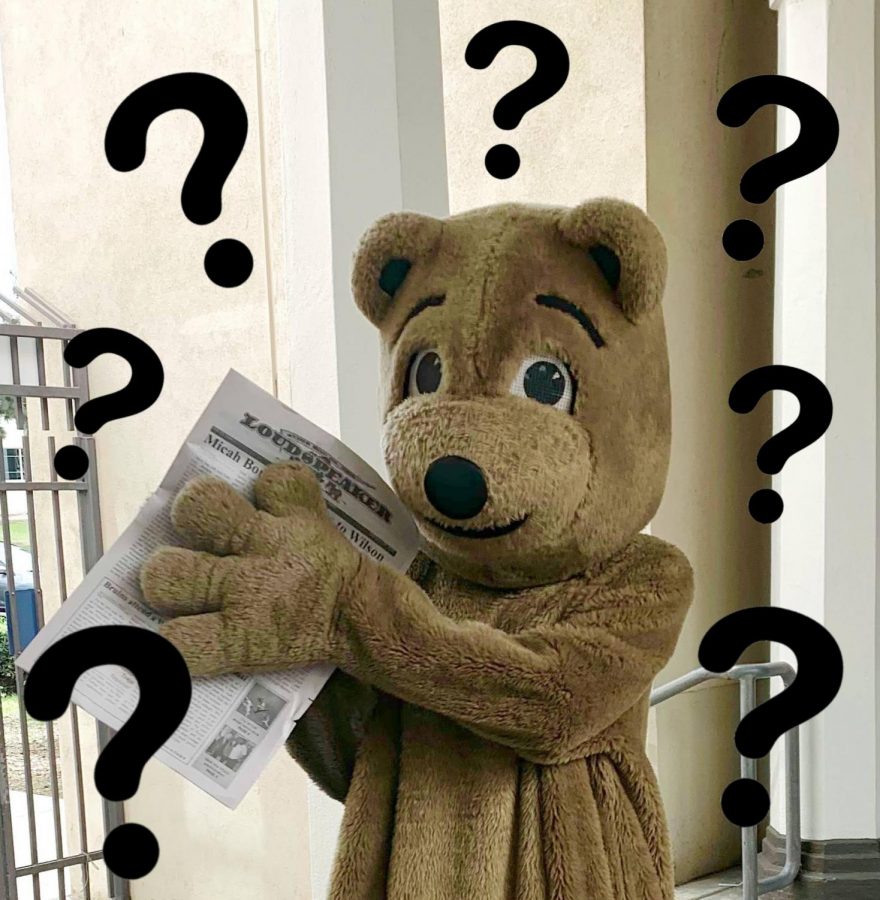 We all know the game “Where’s Waldo?”, the exciting picture book where you search for “Waldo” in a sea of random colors and faces, continually getting harder until you eventually give up. Well, in an exciting twist of fate, Woody has gone missing and students are scrambling and invoking their “Where’s Waldo?” skills to find him.

After last week’s Friday rally, Woody’s handler went to fetch him from the quad, but the bruin was mysteriously absent, with no one being able to figure out where he went. Wilson students, staff, and administration are scouring through photos taken at the rally to try to find a trace of Woody, but no one is getting far. It seems that Woody was last seen wearing black pants, a black sweatshirt, black shoes, black sunglasses, and a black beanie. Suspicious? Well, after scouring Woody’s personal social media accounts, the Wilson administration, with the help of the Short Beach Police Department, has found new information that has surfaced of Woody “jokingly” posting about running away to “go live in the wild without the grungy humans”.

It is clear Woody has left Wilson, yet it is unclear whether or not he will return. What does this mean for Wilson? Well, if you haven’t noticed already, Wilson’s spirit wear seems a little lacking.  While the big “W” maroon sweatshirts are still in fashion, many sports teams who use Woody on their team gear seem to be left with Woody-less clothing.

It is clear Woody has run away from Wilson, but no one seems to understand exactly why. Many Wilson students, administrators, staff, and even alum have been theorizing Woody’s disappearance. The most popular conspiracy is that Woody has deserted Wilson to go on sabbatical in order to “find himself”.  Another common theory throughout the Wilson-sphere is that Woody has gotten so overwhelmed as the mascot that he couldn’t take it anymore, and finally snapped after 94 years in service. The SBPD has been searching the surrounding areas for any trace of Woody, but the bruin seems to have gone incognito.

Sadly, we don’t believe Woody will be coming home within the foreseeable future. He was last seen in the Wilson quad on Friday afternoon around 11:30 am. If you have any known whereabouts of Woody please do not hesitate to call Wilson at (562)-420-6969 or the Short Beach Police Department at either: (562)-000-1738 or 611.  Please keep your eyes peeled for Woody, our beloved bruin must come home safely.