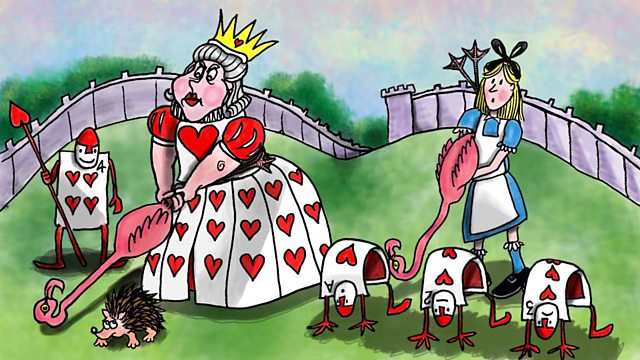 The Wilson Croquet team had an amazing season of wins and minimal losses. Such a spirit allowed the squad to win the Croquet Semi-Finals against all teams in the Greater Los Angeles Croquet League. Gearing up for the championship game, Wilson’s own team decided to throw an Alice in Wonderland theme scrimmage.

Taking place in the quad, Wilson divided their expansive team into fourths in order to compete in a for-fun game. The arena was decorated in colorful lamps and cardboard teacups in order to encapsulate the Lewis Carrol theme.

With the start of the match, individuals began hitting their mallets in a game that quickly became fierce and competitive. The Wilson squad has long been known for having a gambling issue and bet-placing was not exempt from the Alice in Wonderland scrimmage. While every Croquet team has its dark sides, the game was able to boost team spirit right in time for the L.A. Croquet League Championship. Sipping on tea and pastries, dressed in sophisticatedly colorful clothing and top hats, Wilson students enjoyed a game both riveting and low-stakes (for those who did not place bets). It is important for team members to experience community, bonding, and a little dynamism before the championship. Spirits appeared low at the March 2nd game, after a loss to Milikan’s team a week prior. Wilson’s entire body seems to carry a present sense of anxiety over the team’s unfolding losses and successes, and it is vital to Bruin pride that the Wilson Croquet team wins the championship.

While many students and faculty support the scrimmage because of its impact on the team’s wellbeing, others find it a lavish waste of school funding.

“The Croquet team thinks that because their sport gets the most time in the limelight, they can lord it over the school! The team sends in a request for $500 in order to put on a themed scrimmage, and the school goes ‘okay’! It is ridiculous, it is despotism,” said one frustrated junior.

The Alice in Wonderland scrimmage did, in fact, cost the school $500 in funding that would have otherwise been allocated to the Arts Pathway. How such large sums of money could be directed to sports funding rather than that of the arts, the Loudspeaker has no clue. Whether or not the croquet team actually needed the decorations and high-tea catering service is up for debate.

The team is also having no issue filling player slots. Because of the immense strength, skill, and agility, it takes to play croquet, one year on the team allows students to fulfill their entire physical education credit. After one year on the team, students no longer have to take a sport, having satisfied their minimum amount of P.E. (however many students stay on the team out of sheer enjoyment). Because one croquet credit counts as two-years P.E. credit, the team has acquired a large student body of competitive athletes.

With a large and eager team and the thrill of a joyful scrimmage, the Wilson croquet team will be ready to take on the L.A. Croquet League Championship.