Once a Bruin, Always a Bruin 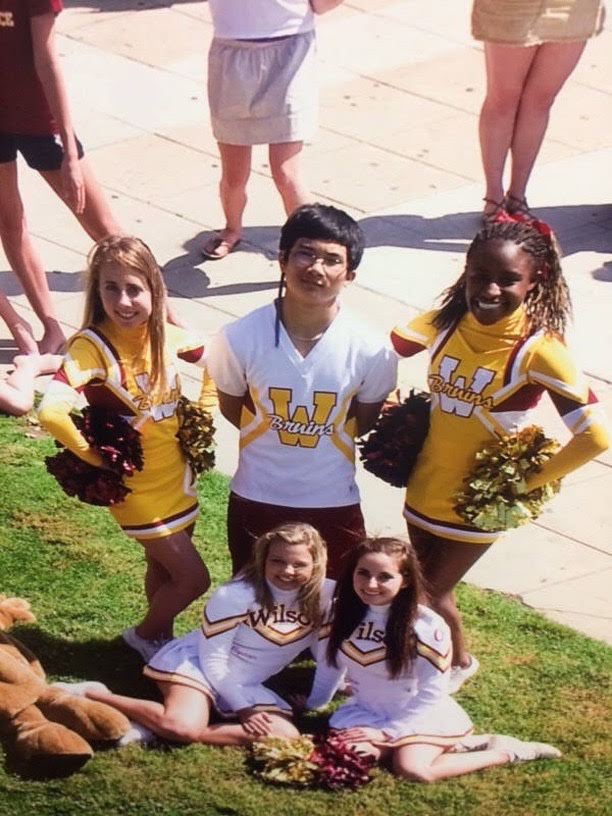 It’s 2012, senior year, and Scott Chan has no idea what his future looks like. There’s only one clear thing on his mind, the love for coaching. Little did he know that a turn of events would help him discover a new passion. A passion that would result in Chan’s purpose on this very earth.

As a fellow Bruin, Chan’s favorite thing about Wilson was the school spirit. He had the option to attend a school near his neighborhood but Chan didn’t mind going out of his way to attend Wilson. “I went to Wilson because I wanted to experience a new environment away from my neighborhood, which was filled with gang activity and violence.” High school was a series of roller coaster loops for Scott and although he mentioned that high school was a good experience, he faced some challenges. A stumbling block for him was emotional support. “The challenges in high school for me was not receiving the support I needed.”

This lack of support also greatly affected his academics as well. “I didn’t take my academics seriously.” Scott managed to get through four years of high school with memories like being runner up for Mr. and Miss Bruin and performing a solo at his senior dance show. As his last year came to an end along with these high school memories, Scott still felt uninspired to move forward. Trouble arose as he didn’t complete enough credits to graduate. “I barely graduated from Wilson. I had to go to summer school to finish up credits that I was missing. I do remember the feeling of sadness and shame of being at the graduation ceremony to see my friends walk and I didn’t.”

Sometimes we don’t get to see or hear about this side of a person, a time of misfortune. On the other side, Chan is an active and caring person.  Scott was involved with various activities at Wilson including, Campanile, cheer, dance, gymnastics, stage crew, wrestling, and X-Men. He also mentioned that some teachers impacted him as a high school student at Wilson. “Her name was Ms. Mehler, but she got married and I still don’t know her name now! She is still the dance teacher at Wilson. I just loved her energy and the joy she shared with all her students.” There are also some teachers that paved the way for Scott’s future when all seemed to be lost. “Mr. Marion was also another teacher/coach who made an impact on me. He would let me stay in the gym all night to practice gymnastics and he believed in me. He also took the time to talk to me and we’d just have conversations for hours. I’m a gymnastics coach because of him.”

Years after high school, Chan attended LBCC and now studies at CSULB. He took the opportunity of walking at a graduation ceremony as an LBCC graduate and will walk the stage this spring as a CSULB class of 2020 graduate. His love for coaching continues and he even discovered that being a mentor was also another passion of his. “I did start coaching gymnastics at 16 years-old and 11 years later I’m still coaching. In high school, I dreamed of opening up my own gymnastics facility someday.”

Today, Chan volunteered as an assistant coach and competition judge for gymnastics. He is also a staff memeber for Wilson’s Cru Club! Chan wants to be a support system for high school students, something that he missed out on in his teenage years. “Last year things changed when we started Cru Club. Not only do I want to coach gymnastics, but I now want to help mentor high school students because I know how challenging it was for me to not have the encouragement and support I needed to thrive.” Once a Bruin always a Bruin, Chan is excited about being involved at Wilson. “My favorite part about being involved at Wilson is that I get the opportunity to meet new students and get to know them and play a small part in their lives.”

Chan is a true definition of Wilson on a warpath, he embodies a thriving soul and didn’t let his rough past strike his future. What advice does he have for current high school students at Wilson? Chan answered, “ I would say that friendships matter. Take the time to be off your phone and really be present with those around you. Get to know their story and them personally.” These words from Chan seem to come straight out of his heart. You might just see him around someday, at Cru Club on Wednesdays or simply walking around campus visiting his former students.