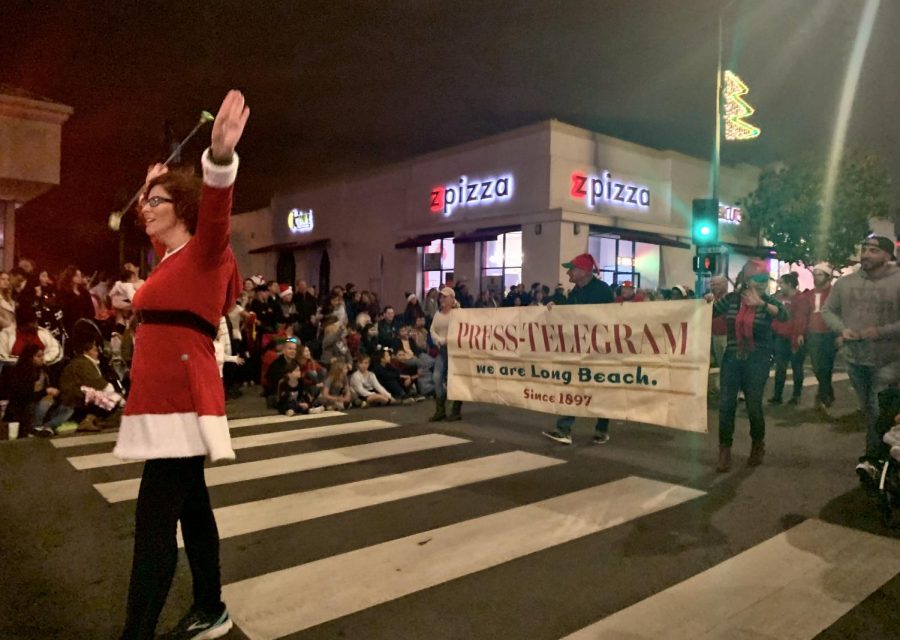 This time of year brings around many fun activities, such as going ice skating, Christmas tree shopping, making gingerbread houses, and of course, our city’s seasonal treasure: the Annual Belmont Shore Christmas Parade.

On Saturday, December 7, Long Beach residents and visitors from all around were invited to attend the parade on 2nd Street that began at six in the evening. As the clock was nearing the time of take off, different moods set off throughout the entire street– Christmas lovers grew restless awaiting the first sign of the parade, teens laughed cheerfully alongside their friends, parents struggled to keep sane while their impatient children squirmed out of their seats, and people passive aggressively nudged others next to them to get a good view of the event. Many had anticipated this celebration all year, and everyone was excited to get slapped in the face with the warm sense of the Christmas spirit.

As soon as the slightest sound of Christmas music could be heard down 2nd Street, everyone brought their attention to the beginning of 2nd street, ready for the event to start. Alas, the first entries made their way down the block, and the Christmas Celebration would begin.

The openers walked out, carrying a banner that welcomed all to the 37 annual Long Beach parade. Attendees grew even more excited, bumping into each other and adjusting their seats while trying to get a good view of the entries.

However, not everything went to plan. At 6:15, the parade was still off to a slow start. There weren’t many floats that excited the audience, and significant pauses seemed to last forever between each entry. This is extremely unlike the normal flow of the parade that usually consists of floats and different organizations that do exciting things every year.

Because of the nearly 100% chance of rain that was expected that Saturday evening, many floats retracted their admission into the parade which left many open slots to interfere with the consistent flow of the parade. Unfortunately, this made the parade feel very slow and anticlimactic. As a Wilson student, I was excited to see people from school walking down 2nd Street with the Wilson entries. However, the bruins were scheduled to do their walk near the very end of the parade, which was quite aggravating to the spectators of the show. Since the parade was so stalled and slow, after three hours of sitting on the cold pavement and seeing only one Wilson football entry, my friends and I decided to leave before the rest of the Wilson entries came out.

The Annual Belmont Shore Christmas Parade in Long Beach is an event waited for all year. However, this year’s parade seemed to be very lackluster and dull.

Hopefully, the parade will pick up momentum for next year’s celebration, and the annual event will go back to the exciting Christmas celebration that Long Beach residents know it to be.