Beyond the Football Field: Peter Sio

Get to know Sio as he concludes his first and last season with Wilson's football team. 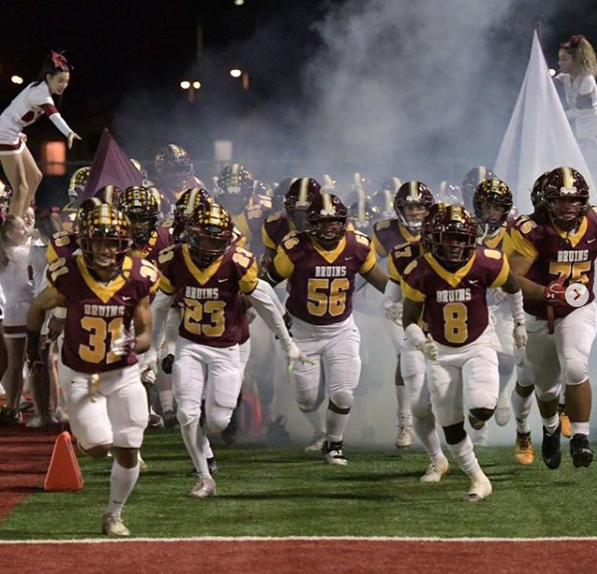 Student-athletes are of the essence at Wilson, they perform for countless of hours on a field or apparatus. They also highlight the importance of performance in the classroom. The well commemorated football team is recognized for their accomplishments on the field but it’s time to dig a bit deeper into the lives of these players. Peter Sio wears number three on the field, and is a current senior at Wilson.

Sio is brand new to the Wilson setting and when asked what the atmosphere is like he mentions that playing football is crucial to him, even at a new school. This is Sio’s first year playing with the Wilson football program and impressively he obtained a position on the varsity team. He is seeking a future as an NFL player and gives much of the credit to his team. The transition to a new environment is always easier when you find people who openly accept you into their family, people who share the same experiences and hobbies — in and outside of the football stadium. And similarly, Sio additionally envisions a triumphant future with his teammates, “I’m trying to become an NFL player with my friends.” 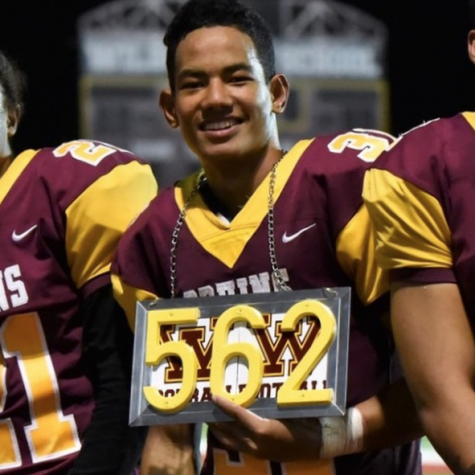 On October 4, Wilson held one of the most highly anticipated games against its Jackrabbit rivals. As a new asset to Long Beach Wilson, Sio had an exciting game to prepare for and the exhilaration did not phase him.

“I felt normal, I wasn’t scared because it was my first time playing against other schools like Poly.” Sio’s mentality is shared within the football team as many of the players share the same response. The mentality is always the same, no matter who he plays, where he plays, or what he plays– the game never changes.

The running back player shares a special friendship with the rest of the football team.

“I don’t know what to say, these guys love me because they know I put all of my hard work in practice everyday.”

The bruins are alike in their attitude towards football: hard work, brotherhood, and determination eradicates any obstacles that the team may face during season. This fall, Wilson football placed second in the Moore League football standings and sadly did not come out with a win against West Ranch in the CIF playoffs. Sio still believes in his team, “I try to do everything for this school, for my team.’’

Many players are also very experienced, surprisingly Sio first stepped foot on a football field earlier this year. Sio is far from home, 4,887 miles from the country he calls his own. “Before I came here to Wilson I was in Samoa, I was born in Samoa, my country, so I only played rugby and other kinds of sports — but I never played football in my life.”

He started playing rugby at the early age of five, and has a special adoration for yet another contact sport, which is football. “Rugby is my favorite sport and then football is coming up, so [this year] I’m trying to focus on football first.” Sio plans on continuing his football career in college, UCLA being his top choice. Others schools have offers for the running back, one of them including BYU Hawaii. “[BYU] offered me for rugby but I don’t want to go for rugby, I’m trying to play football in college.” The future holds many opportunities for Sio and wherever he goes– for football or for rugby– and a good attitude will always be a part of his game plan.