New Policies: Why are Certain Bathrooms Closed At Lunch? 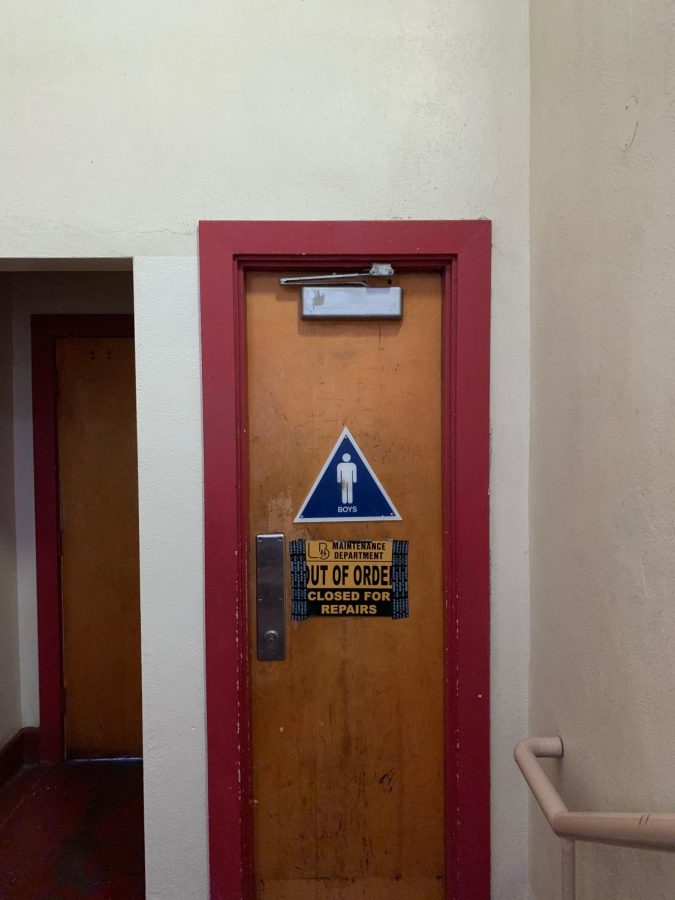 At various assemblies over the course of August 29th to September 3rd, students learned that the restrooms in the 300, 400, & upstairs 100 buildings will be locked during lunch. However the 100, 200, Media Center,  Park Avenue and C-side restrooms are to remain open during lunch. The assembly further noted that their will be no “hanging out in buildings during lunch.” These policies are entirely new this year.

Following the announcements of this, Wilson administrators and staff have guarded the entrances to the 300 and 400 hallways, making sure only students who are permitted to enter the buildings are allowed in. Students are allowed inside for reasons such as lunch-time studying and club meetings. Previously, students would often eat in the hallways as opposed to the quad or off-campus; however in an efforts to keep the hallways clean, students are longer be able to do so. Further, many students were curious about the specific reasoning– for the assemblies did not make clear the reasons for bathroom shutdowns.

Principle Holland articulated in an interview that the bathroom closures are a measure taken to increase students’ feeling of safety on campus. The CORE survey for the 2017-2018 and 2018-2019 school years identified that only 75% of students feel safe on campus. The administration found this issue was largely concentrated to Wilson’s bathrooms.

“When I first came here, I had some parents tell me that students did want to go to the bathrooms here because there was a lot of smoking, etcetera. Student would wait until they got home to use the restroom. There’s not enough administrators to monitor all the bathrooms.”

Furthermore, Holland explained the decision to close the 300, 400 and upstairs 100 specifically was a very conscious one.

“We [administrators] are all in the quad and some are at C-side, so they are easier [bathrooms] to maintain. There are campus security guards near all of these bathrooms who they are checking as well. We are going in and making sure students are doing okay. So it is for safety– that is the main reason.”

Holland also explained that she has received calls from parents who are concerned about the bathrooms being closed. However, she contends that, safety being a priority, certain bathrooms must be closed at lunch so that administrators can properly monitor the open ones. The location of the closed bathrooms are tied to the administrators’ positions at lunch– allowing them to be closer to open restrooms in the event of an issue, or to routinely patrol.

“In the bathrooms I have monitored, I have not caught one person doing something bad because they know I am coming. I have gotten some students thanking me because they feel they can actually go to the bathroom now.”