No Coffee No Peace 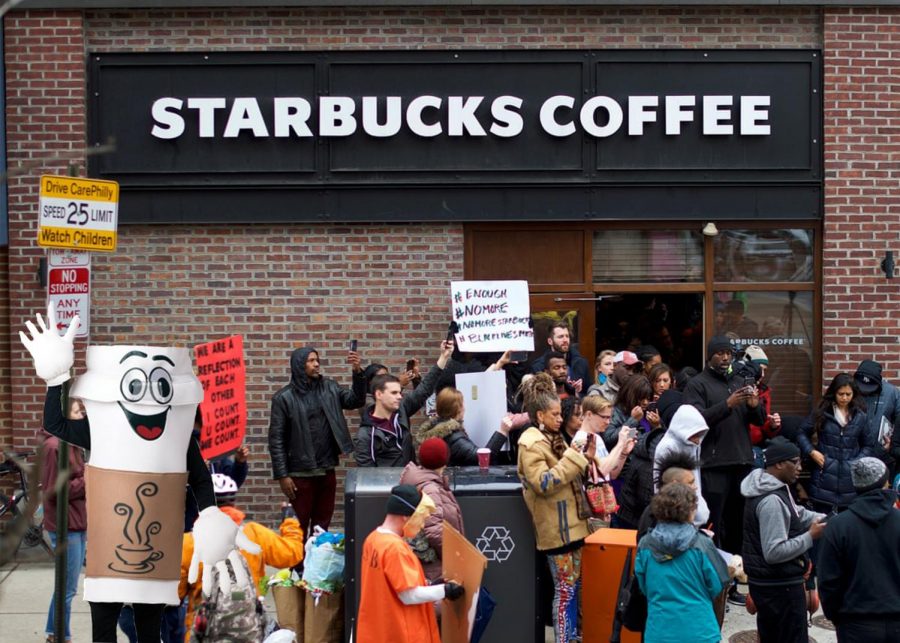 As this break from reality is coming to a close (aka quarantine) the community of Wilson are finally being made aware of their lack of a local-very nutritional- caffeine filled establishment. Whether your pick of poison is tea or coffee, it won’t matter anyways because Starbucks is being replaced by the least likely place to fix your caffeine addiction- a taco place! Students, teachers, administrators, Woody, Wilbur, and Wilma are infuriated by this news and they are not afraid to show everyone they are not planning on allowing this to happen without a fight.

On March 25th a group of students and administrators stood in front of the well known energy boosting establishment and protested their right to caffeine.

After twenty minutes of continued protests the riot group known as “The Caffeine Fiends” decided to join in. Their leader choose to remain anonymous and was seen wearing a full Starbucks coffee costume. Many suspect this mysterious café to be none other than Mira Smeltzer an English teacher/coffee enthusiast/journalism teacher/caféphile. Although Mrs. Smeltzer was unavailable for comment- due to her hourly intake of caffeine (in which she can not be disturbed) – her spokesman was available to comment.

Joe Roast who goes by the name “cuppa joe” stated, “After the Starbucks shutdown our group has had to ration the leftover coffee b-b-but our leader has been drinking the majority of it. I don’t blame her it’s…it’s just hard.”

Another two parts of the riot group, a pair of twins by the name of Passion and Hibiscus both simultaneously stated, “Most of these people can’t live without a cup of brew. They’re all going into withdrawal and the city is doing nothing to stop it. Although we don’t need coffee we still would appreciate a nice cold glass of tea. Starbucks had the best cold sweet tea you could find in America.”

Many other rioters were not available for comment due to a prominent stutter, irritability and difficulty concentrating. According to most doctors these are common symptoms of caffeine withdrawal.

After less than one hour most of the protesters started complaining of fatigue and eventually left.

If you or a loved one are also facing caffeine withdrawals due to your local Starbucks closing reach out to “The Caffeine Fiends” and sign their petition in order to end this espresso injustice.