Defending Democracy with the Democratic Club 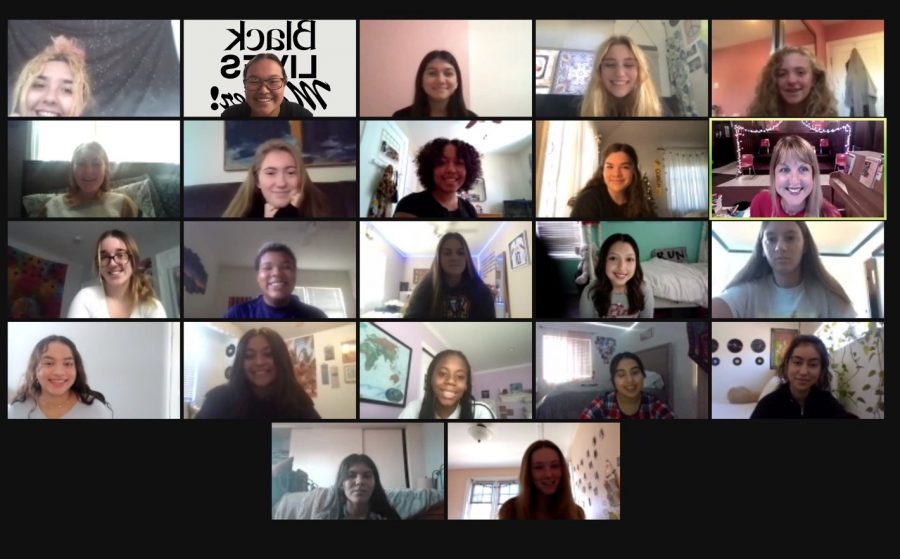 In a year of Zoom meetings and political uproar, some Wilson students decided the time was now to charter Wilson’s Democratic Club. Inspiration for the club was drawn from the current state of politics during this energetic election year and mass racial injustice, according to Zoey Lambe-Homel, sophomore and founding member of the club.

“As a freshman, I noticed that there was a Young Republican’s Club at Wilson, but there was a real lack of representation towards the Democratic Party. I formed this club to be more inclusive of liberal ideals that we value,” said President of the Democratic Club, Zoey Lambe-Hommel. She has been active in political issues since she was a young child. In 2016, Lambe-Hommel attended political rallies for Hillary Clinton and Bernie Sanders. She also participated in anti-Seaworld protests and press events in her earlier years. “Forming this club was not only about having a community for fellow Democratic students to talk about political issues but also was to provide us with a safe space to be ourselves,” said the club president.

Lambe-Hommel said it was not difficult finding like-minded classmates to form and join the club. She invited students she knew had an active passion for Democratic views as the club officers. The club has a diverse group of leaders and invites all students to participate and join to have a wide variety of opinions for vigorous discussions.

She says it has been easy spreading the word about this club due to social media and supportive family and friends. But Lambe-Hommel doesn’t want you to think it’s been all sunshine and rainbows. “The Democratic Club has hit a few bumps in the road this year. On the Zoom meetings, there have been Zoom bombers that have disrupted meetings. Personally, I have received rude comments about starting this club. But overall, the feedback has been positive.”

The election is over, the results are in, but that doesn’t mean all the political issues are resolved. The Democratic Club will continue to be active and grow in the upcoming years of the Biden Presidency.