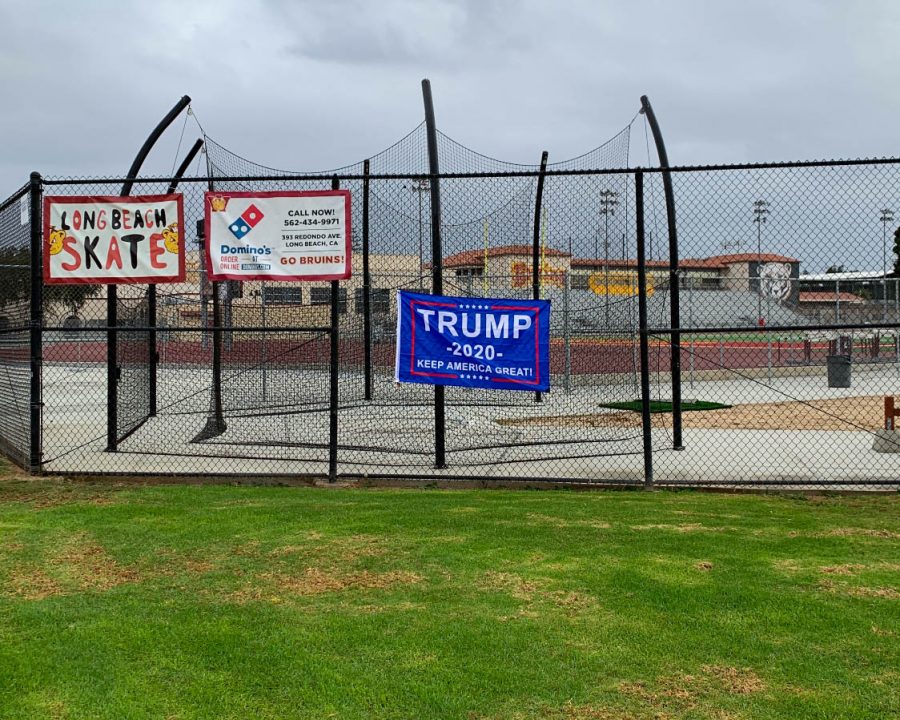 President Trump banner on the Ximeno school gate on October 25.

On Sunday, October 25, Wilson High School senior Samantha Brandts and her father Jonathan Brandts took it upon themselves to take down a Donald Trump banner that was illegally put on the school’s fence.

Brandts spotted a “Trump 2020” banner on the fence at Wilson High School on 7th St. and Ximeno Ave while on the way to soccer practice. Brandts immediately went back home and asked her father if it was okay to take the banner down.

“I was driving down Ximeno, and on the corner of 7th and Ximeno there was a Trump flag on the fence where all the sponsors are,” Brandts said. “So I decided to drive back home and tell my dad and he said that we have to cut it down right away. So me and my dad drove back to the area and started cutting down the flag in front of everyone on the busy street.”

It is illegal to post political signs on someone else’s property, and Wilson does not associate with any political party or candidate.

Wilson Principal Kimberly Holland explained that, “Schools are not allowed to take a political stand on any side of an election.  There should never be any signs supporting candidates hung on our fence.  I am angry that someone would think a school is a place to hang a sign promoting any candidate. The Long Beach Unified School District makes it very clear that schools cannot promote anyone in an election. I am happy that it has been removed.”

Holland heard about this situation and immediately she had to speak about it to show that Wilson by all means does not tolerate any kind of poor behavior.